"In order for the effects of light to be optimal, photons should be arranged in symmetry as biomolecules in the body, so that they can be quickly and efficiently recognized at first glance."  Đuro Koruga

We are light beings, since our body is primarily electromagnetic by nature. Air, water and food are just prerequisites for maintaining the electromagnetism of our body. Without air we can live for 3-5 minutes, without water 9-12 days and without food 40-48 days, but we would not survive a moment without electromagnetism (light)! The moment when electromagnetism disappears, cells with their synchronized electromagnetic activity are extinguished and they die – the body stops functioning as a biological system.

The influence of light on human body is extremely important. “The play of light and darkness” influences through our brain the secretion of hormones, body temperature, blood pressure, locomotive activities, sleep cycle, metabolism, etc. Jeffrey Hall, Michael Rossbach and Michael Young have been studying this phenomenon for almost 30 years and they were awarded the Nobel Prize in 2017 for their discoveries of the mechanisms that control the circadian rhythm.

Through the brain, light influences the functioning of our body (secretion of hormones, sleep/wake cycle, metabolism, blood pressure, body temperature, locomotive activities, etc.). In order for our body to function normally, light should be of adequate energy and photons should be structurally, by angular momenta, symmetrically ordered as biomolecules so that resonance recognition can occur at the quantum level, as a result of which harmony is established in the whole body.

Nanotechnologies have flourished over the last 20 years thanks to the discovery of fullerene C60.

Unique nanophotonic lenses are made by integrating FULLERENE C60 molecule into polymer material of the lenses by using a special technology.

Fullerene or Buckminsterfullerene was named after an architect and futurist Buckminster Fuller. Fullerene was discovered in 1985 and the method of C60 production in 1991.

The molecule is of spherical shape, composed of 60 carbon atoms. It resembles a bucky ball – consisting of twelve pentagons and twenty hexagons. Such a perfect structure has special energetic properties. Its pentagons generate harmonic processes and the structure of hexagons represents perfection. Leonardo da Vinci claimed that such a geometric figure had a divine proportion – the golden ratio. The C60 molecule has a better symmetry and is more beautiful than diamond crystal, its “older brother”. Besides, it is significantly harder! In a natural state, C60 can be found in trace amounts (however, there is a lot of it in space, especially around giant red stars).

The C60 molecule builds a molecular crystal shape having the highest rank of symmetry. Leonardo da Vinci claimed that such a geometric shape had divine proportions – owing to an embedded natural law of harmony and beauty, the so-called Golden Mean – identical as in the case of hyper harmonized light. Such a light has the energy pattern of photons that matches the energy structures of our tissues. The “recognition” between hyper harmonized light and tissues that are arranged in the same way, leads, in their interaction, to harmonization of disturbed processes in the body.

I received an award for hyperharmonized light at the Tenth International Meeting of Inventors and the Third World Innovation Forum in September 2018 in China. This invention was also awarded with the Gold Medal of the International Inventors’ Federation having its seat in Switzerland, as well as by the inventors from the Russian Federation. Integrated in fullerene lenses of THE glasses, C60 is incredibly agile, as it twists at the amazing speed of 18 billion times per second. THE glasses as a nanophotonic generator of hyper harmonizing light convert diffuse light into a new form that is defined by icosahedral symmetry and which is in harmony with the arrangement of biomolecules or bioprocesses (Fibonacci’s Law - φ, Φ).

The first aim of nanophotonic generators is to generate the arrangement of photons (vertical orientation of the electromagnetic field of each photon) and the second is to generate photon energy based on total angular momentum in the interaction between light and matter: when light photons come into contact with fullerene C60, it gives them a new arrangement and redistribution of energy. Photons of diffuse light (sunlight, neon and LED light, light coming from TV, mobile phone and PC screens) that pass through the lenses of THE glasses change their energy pattern (from high-energy UV and blue light to lower energy levels – green, yellow, red light – from the ball shape to toroid shape). Thus, a light of new quality is generated – the hyperharmonized light (HHL). The change of spherical shape to toroidal is based on Nikola Tesla’s principle of the number three. That is the reason why nanophotonic glasses were named after this genius scientist (who said: “Who understands the magnificence of number three will have a key to the universe.”).

Photons of hyperharmonized light are in strict order, while the photon electromagnetic field is neither horizontally nor vertically polarized, but it is ordered exactly at a certain angle (the Fibonacci angle of 222.5°). The fine structure of photon arrangement is defined on the basis of “half-quantization” (1/2 hv) of the basic energy state of photons, total orbital momentum of photons and Fibonacci structural arrangement. The half-quantization of photon energy is in that way realized in relation to vertical and horizontal polarization.

Photon energy is arranged in curved planes (spirals) according to the Fibonacci law (Leonardo Fibonacci, a genius Italian scientist from the 12th century who discovered special classes of numbers - matematica naturalis, by which Nature is functioning. These numbers were named after their “inventor” as the Fibonacci sequence. The human body is based on that proportion.

Biomolecules, biostructures and certain processes are organized in accordance with the Fibonacci sequence. The energy of photons of HHL light, generated by Smart Tesla glasses, is arranged by the Fibonacci law.).

When the sunlight, which is harmonized in time, but not in space, gets in contact with patented and innovative nanophotonic lenses, it becomes harmonized both in space and time according to the Fibonacci sequence, and so a hyperharmonized light is created.

TRANSFORMATION AND OPTIMIZATION OF LIGHT

The sun has two faces: it is our best friend, but it can often be our dangerous enemy as well. The sun’s energy highly exceeds our needs for light. Wearing protective sunglasses is necessary in order to protect the eyes from harmful influence of sun (UV and high-energy blue light).

The blue part of the spectrum is dominant in artificial light sources. Unfortunately, nowadays we are increasingly exposed to harmful effects of blue light; it attacks from PC, mobile phone and TV screens, while neon lights emit not only high-energy blue light, but also UV radiation… Our eyes do not have a natural protection from harmful UV and high-energy blue light. Blue light causes degenerative changes because of the high degree of scattering, which causes constant strain of our eyes (in order to maintain focus). The constant strain of eye muscles causing headache, nervousness, redness and dryness is called asthenopia.

Medical studies unequivocally show that THE glasses not only protect the eyes, but positively affect brain processes and have beneficial effects on the human organism. 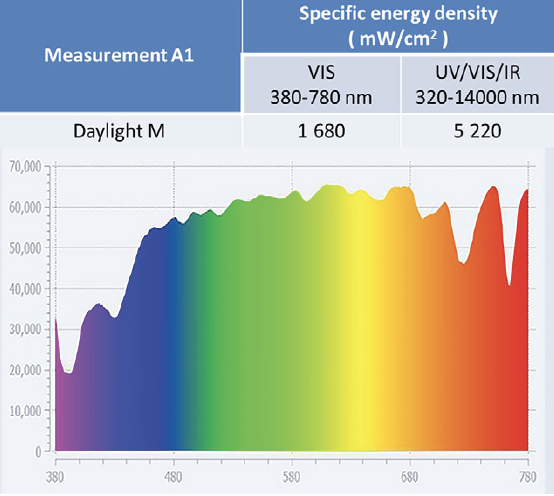 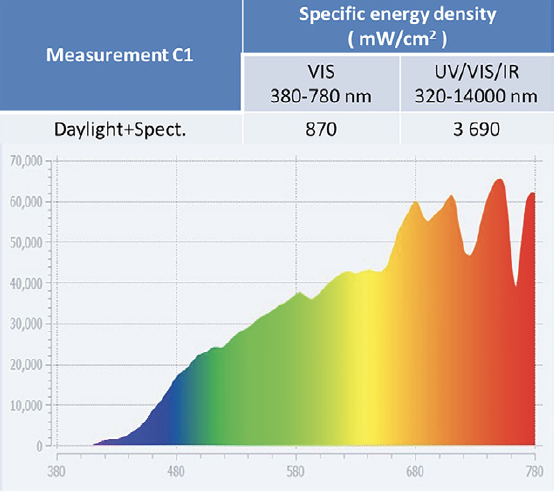 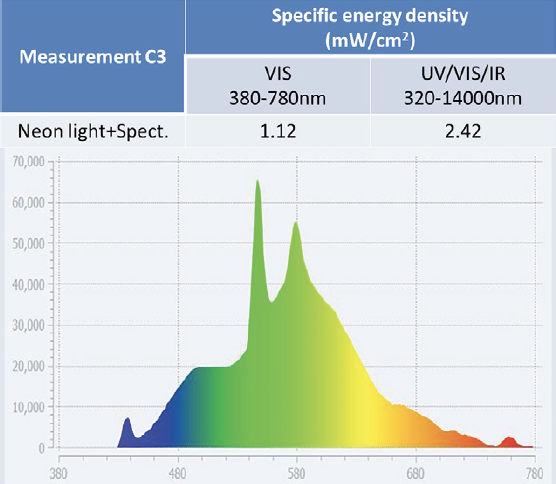 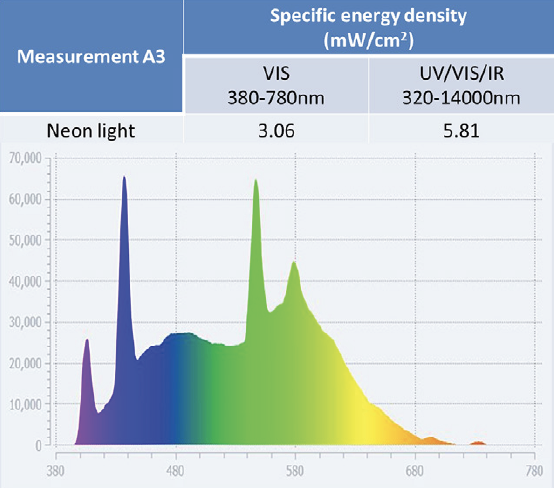 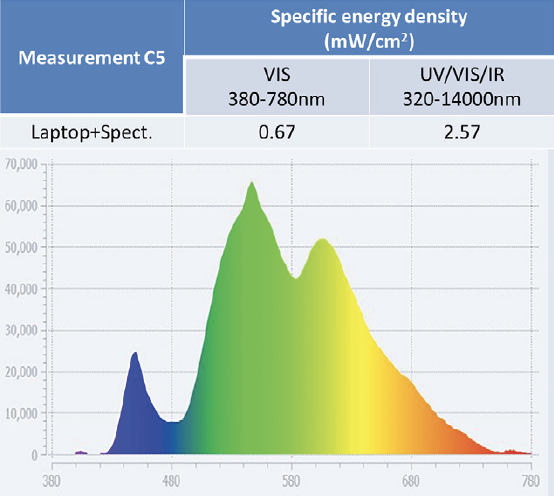 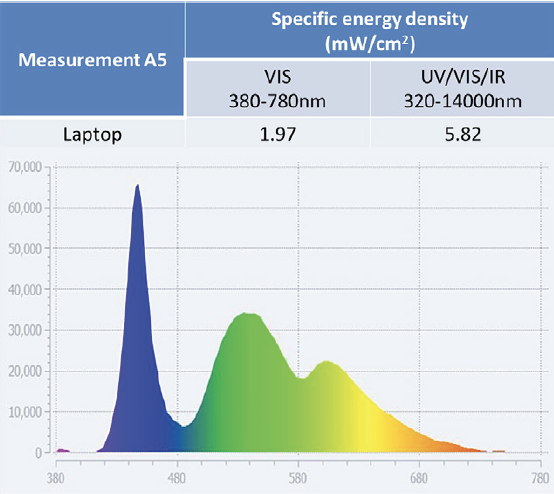 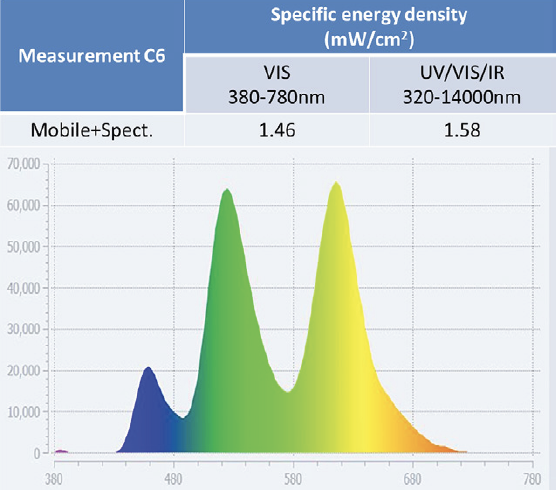 Visible part of the light spectrum of laptop LCD screen recorded without filters and the same light spectrum recorded through nanophotonic glasses. Significant difference in the reduction of total spectrum by 56% and the most in the case of blue spectrum, with a relative increase of green spectrum. 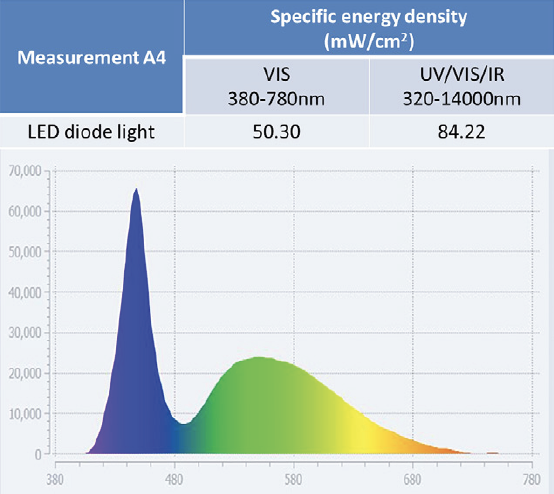 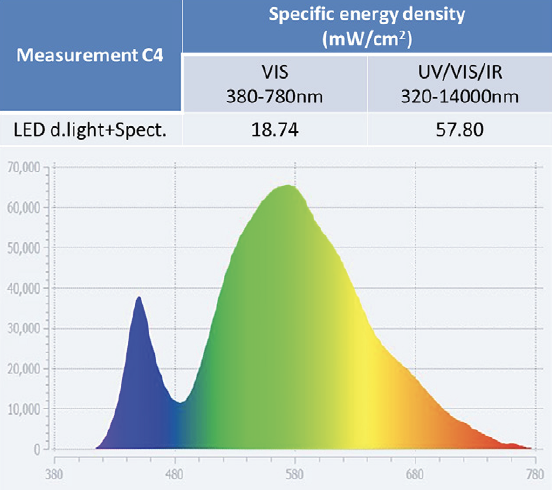 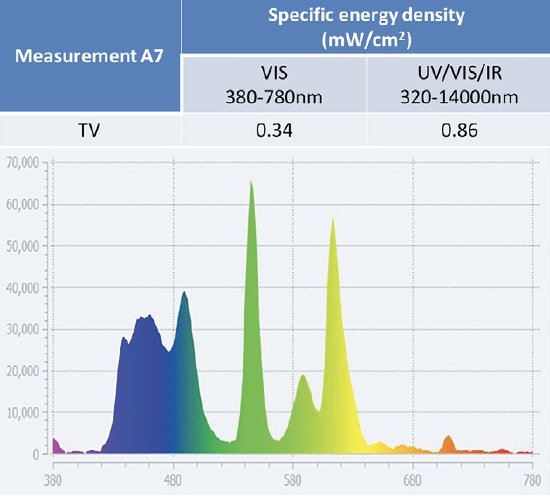 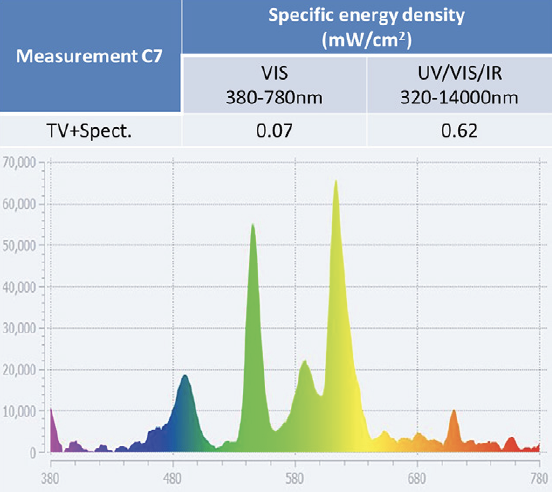 Visible part of the light spectrum of LED TV screen recorded without filters and the same light spectrum recorded through nanophotonic glasses. Significant difference in the reduction of total spectrum by 28% and the most in the case of blue spectrum, by 80%.

QUANTUM MEDICINE FOR A QUANTUM BODY

Medical studies unequivocally show that Smart Tesla glasses not only protect the eyes, but have general beneficial effects on the human organism.

The shortest way to the brain is through the eyes. Hyper harmonized light of Smart Tesla glasses has the power to recognize self-similar biomolecules, biostructures and bioprocesses in the eye and the brain. By using the mechanisms of self-similarity and self-recognition, hyperharmonized light rebalances and restructures disordered harmony and equilibrium in body cells and tissues. Scientific experiments have proven the expectations that hyperharmonized light has a positive impact on brain waves, specialized eye cells responsible for night vision and clathrin (a protein that regulates the release of neurotransmitters and improves functional processes in the central nervous system).

Melatonin is a hormone released by the pineal gland. It is mostly produced during the night. Disturbance in the synthesis of melatonin affects human natural circadian rhythm and leads to sleep disorders. Reduced production of melatonin stimulates the increase of cancer cells. The glasses positively affect the synthesis of melatonin and serotonin and regulate their relation. In that way, our biological clock is brought to balance, concentration and sleep are improved – so, our intellectual and work potential is improved.

Pilot studies show that Smart Tesla glasses reduce the scattering of light inside the eye, thus improving visual acuity; they increase contrast sensitivity and color intensity and reduce reflection – all that contributes to the elimination of fatigue and discomfort in the eyes and prevents the blinding effects of sudden bright light.

Smart Tesla glasses uniquely optimize the levels of serotonin (“happiness hormone”), dopamine (“pleasure hormone”), melatonin (the hormone responsible for sleep regulation) and cortisol (“stress hormone”), bringing them into a natural balance, crucial for a healthy mental and physical functioning of the organism.

Tesla glasses also have an anti-aging effect, as they convert dangerous UV and blue light spectrum radiation into desirable light that maintains and stimulates natural regeneration/synthesis of collagen and elastin. This contributes to alleviating the existing and preventing the emergence of new wrinkles around the eyes. Such a unique feature is another reason to wear them both indoors and outdoors!